Smartphones came into existence almost 18 years ago. Earlier only iOS smartphone launched by Apple. But after 3 years Android Smartphone jumped into the Market. Within one year, Android started competing for the iOS devices and as a result, people get confused among Android and iOS. As a result, everybody is searching “android vs iPhone” or “apple vs android”. While digging dipper in the websites that were declaring the winner of this battle, then we found that for general customers those criteria of judging weren’t suitable. 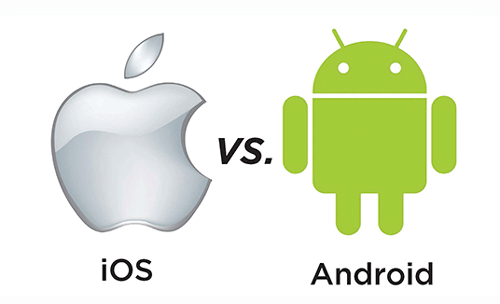 We have drafted a comparison between “iPhone vs Android”. This battle of “apple vs android” had started almost 10 years ago but we expect that after reading our post till the end, you won’t be confused regarding which smartphone to choose. Now, let’s begin with our battle of iPhone vs Android. But before that let me tell you that, we have created some specific fields to declare the winner.

Android vs iPhone: A battle for Perfect Smartphone

In 2018, every smartphone comes with a bezel-less screen with 18:9 screen ration. This new technology in smartphone reduces their bulkiness. But this was only in Android Smartphone, iOS devices were popular for their compact size and perfect distribution of weight over the smartphone. Android Smartphones were little heavy and we not so compact in comparison to iOS. Till date iOS is leading in terms of appearance over Android Smartphone.

Since iOS devices were following the trend of having a compact body and elegant body, then no doubt its screen will not allow Android device’s screen to enter the battle. It was a clear knockout round for Android Devices. From the very initial days, Android Smartphone never had a compact screen with 360o viewing angles. But things change for Android, from the end of 2017 Android smartphones are being very popular for their elegant screen, but still somewhere in terms of durability iOS device are unbeatable. 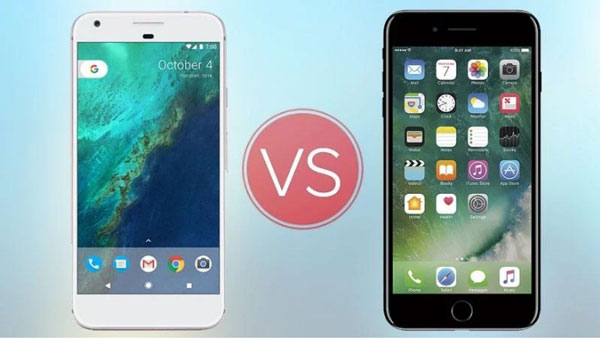 If you will ever try an iOS device, then you will experience the flow of animations is very smooth. But talking about Android then, you might feel some lag in animations. IOS devices are completely optimized and they don’t have any flaw in the interaction between hardware and software. Even today when I meet with iPhone SE users they seem to be pretty happy with the device. But on the other hand, if you will meet with an Android Smartphone user who is using a 1-year old device then you will notice that he is not satisfied with the performance. After some months of usage, Android Smartphone becomes slow and their performance drops. But in case of an iOS device even after many years of usage, iOS device performs almost similar to a new device.

Here accessibility means up to which level you can use your smartphone. When we connect an Android Smartphone with our PC then we will notice that an Android Smartphone can be used as a Flash Storage device but when an iOS device is connected with the system, then it acts as a camera in which we can exchange videos, photos, music, and images only. Unlike Android smartphones, we can’t access the folders in the iOS device.

Apart from this, in Android Play store you have access to even worldwide apps or if you are unable to find the desired app then too, you can install any app you want through its Apk. But in an iOS device, in order to download an application App store is the only place. Apple App store is very limited and shows apps that are available in your current region.

The conclusion of Android vs iPhone

Now we have reached the conclusion of Apple vs Android. In this comparison, we discovered that iOS is a perfect smartphone for those who don’t mess around with things but if you are a user who seeks freedom while using a smartphone then your winner of the battle “iPhone vs Android” is Android.